After many years of suffering with depression, Jackie fell ill in 2013 with what she thought to be an upset tummy. The pain became worse and as a result she was struggling to leave the house she was in excruciating pain and an ambulance was called, she was rushed into hospital.

Jackie was diagnosed with Ulcerative Colitis.

“I was terrified, confused and just wanted to go home to my son and husband”

After a few weeks in hospital, she was sent home with medication and appointments to see IBD nurses. Quite soon after things started to go from bad to worse. Jackie made the decision to ask the surgeon to remove her colon, with the surgery taking place a few days later. Waking up from the operation and seeing a stoma bag attached to her for the first time was heart breaking for her, despite knowing it had saved her life she hated herself.

Jackie felt lonely and isolated, she had no one to talk to and her marriage became a casualty to the situation, her husband left her leaving her heartbroken and distraught, she then lost her home.

Life got very dark for Jackie; she says she wouldn’t be here if it wasn’t for her son.

After finding a new home, Jackie met a “Salts Medilink Stoma Nurse” called Tracey Leese.  “She was amazing” says Jackie. Jackie appreciated not only the stoma care support that she provided but also having someone there to listen and understand what she was going through.

With a lot of courage Jackie started to attend a group called “Friendship Friday” at Selby District AVS’s Community House in Selby.

Through Selby District AVS she joined a trauma group. It was a safe place for her to talk and work through her problems, she expressed her journey through artwork. The group really helped Jackie to open up, speak to people and realise that there was nothing to be ashamed of.

Through Action Towards Inclusion (ATI) she has had continued support and encouragement.  One of the things Jackie wanted to do was set up a local support group for people living with a stoma. She set up a Facebook page and planned her first group meeting at Community House in March, unfortunately that had to be put on hold due to the Covid 19 pandemic.

The lockdown was hard for Jackie, her mental health really suffered, and she felt so isolated. With encouragement she joined group zoom meetings and wellbeing courses with fellow ATI participants and talked to her key workers for continued support.

Through ATI and having to rethink her support group idea Jackie has made an immense leap forward. Rather than waiting for the local support group to be able to start she decided to set up a charity that would cover the whole of Yorkshire! 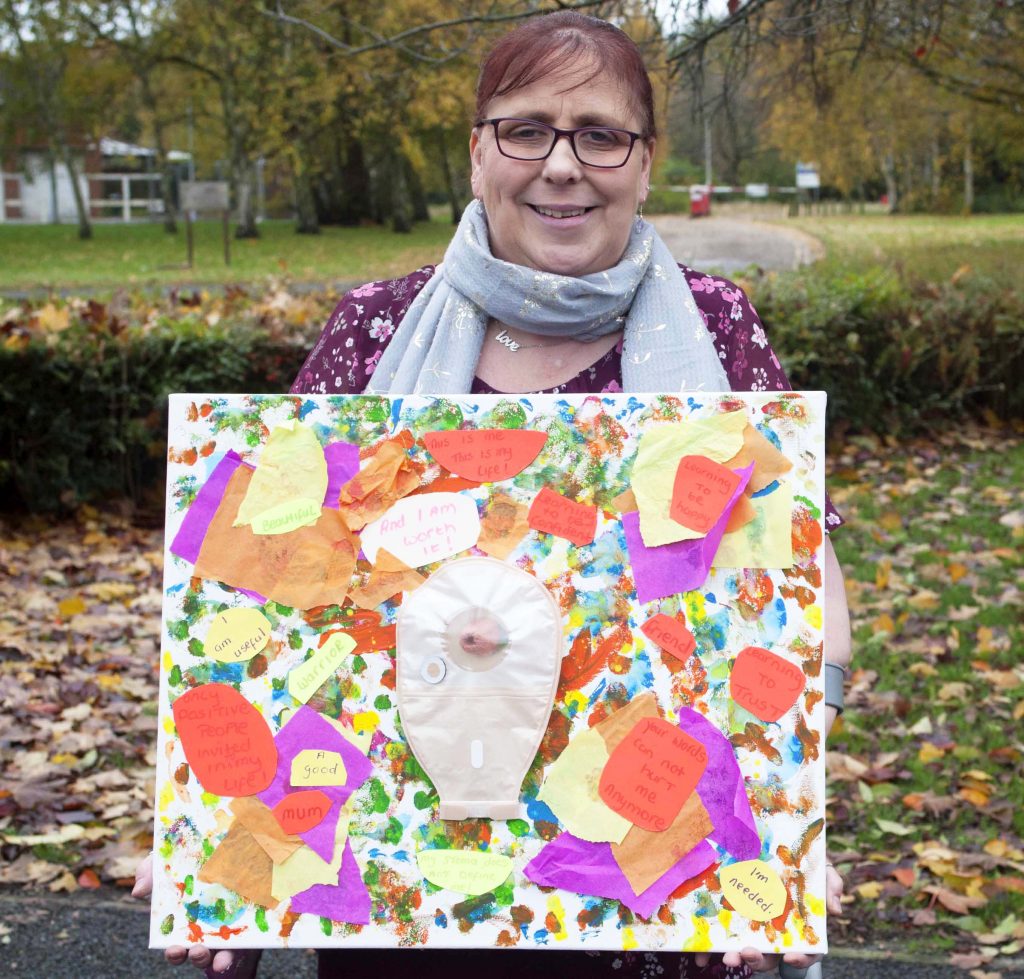